The largest chemical simulation on a quantum computer till now has been successfully conducted by Google – a feat that can open new frontiers in chemistry, enhancing a wide range of sectors.

The calculation was two times as large as previous chemistry calculations on a quantum computer and also contained 10 times as many quantum gate operations, though the estimation concentrated on the “Hartree-Fock” approximation of an actual chemical system.

A method of approximation in computational physics and chemistry for the determination of the wave function and the energy of a quantum many-body system in a stationary state is called the ‘Hartree-Fock’. The results of this experiment are published in the journal Science.

The research paper stated that the team verified that algorithms being created for the currently available quantum computers can accomplish the precision needed for predicting the outcomes of an experiment. And this will shed light on the realistic simulations of quantum chemical systems.

The Sycamore processor – the one used recently to illustrate quantum supremacy was the one used for this experiment as well.

Sundar Pichai, CEO of Alphabet and Google tweeted that it is proud to share @GoogleAI group’s recent advances in quantum chemistry: the first time a quantum computer has been utilized to design a chain reaction pathway and the largest quantum calculation of chemistry to date.

As per the scientists, regrettably, the specific solution of quantum chemical equation for all but the tiniest systems stays out of reach for the modern classical computer, because of the rapid scaling in the quantum variables’ number and stats statistics.

They stressed by saying that however, by utilizing a quantum computer, which by its very nature takes benefit of the most of one-of-a-kind quantum mechanical properties to manage calculations obstinate to its classic counterpart, simulations of complicated chemical processes can be accomplished.

It is an open question whether such devices can be used to accelerate present quantum chemistry simulation techniques, while today’s quantum computer is sufficiently powerful for a clear computational advantage at some tasks.

Moreover, the team has launched the code for the experiment, which uses “OpenFermion” – Google’s open-source software library, aimed at enabling the simulation of fermionic models and quantum chemistry problems on quantum hardware.

The team added that it is expected that this experiment is a jumping-off point on the path to physical simulation advantage and also functions as a blueprint for how to run chemistry calculations on quantum processors. 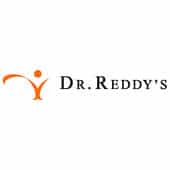