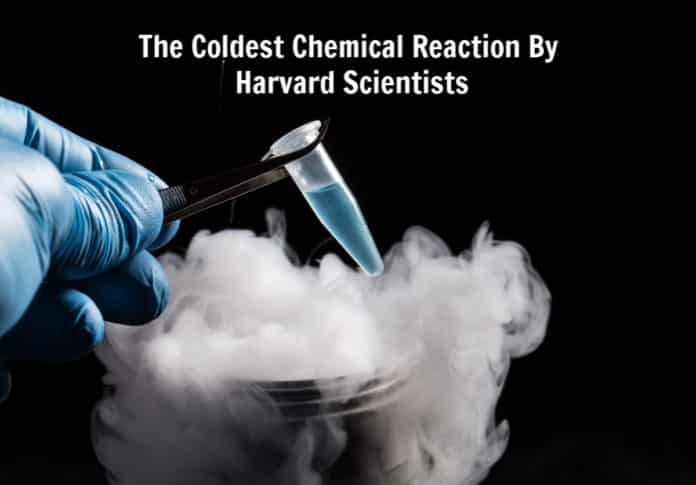 Harvard University Researchers have carried out what they claim to be the coldest chemical reaction in the known in the universe.

The temperature of the reaction was 500 nanokelvin or just a few millionths of a degree above absolute zero- temperature millions of times colder than interstellar space.

The study described the moment when two molecules meet to form two new particles, which the scientists said captures a chemical reaction in its most elusive & critical act.

The Harvard University researchers, including Kang-Kuen Ni from, said at such intense cold temperature the two colliding molecules slowed to glacial speed. According to Ni, when two molecules containing two atoms each collide, they sometimes swap partners.

The researchers observed that, for instance, two potassium-rubidium (KRb) molecules could produce K2 & Rb2 in The Coldest Chemical Reaction. The four-atom intermediate formed upon collision in normal conditions is typically too scarce & short-lived to spot, even when using ultrafast techniques.

Ni used ultra-cold temperatures in her earlier research to forge molecules from atoms that never reacted otherwise — cooled to such extremes, atoms, and molecules slow to a quantum crawl, their lowest possible energy state. There, Ni can manipulate molecular interactions with the utmost precision. However, the scientists said they could never see what happened at the very beginning of these ultracold reactions.

Chemical reactions occur in just millionths of a billionth of a second, better known in the scientific world as femtoseconds. However, scientists were not able to see what happens when a reactant is converted to products.

These microsecond time scales in The Coldest Chemical Reaction, while it seems to be too short, the scientists said, were millions of times longer than the usual time frame of the study. This time is long enough for them to investigate the phase when bonds break & form, which is essentially how one molecule turns into another. 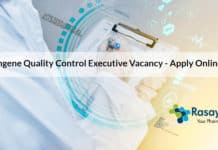 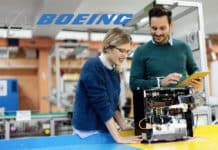