CSIR UGC NET 2016: The e-Admission Certificate for the Joint CSIR-UGC Test for JRF/LS test, which is scheduled to be held on 19 June, has been released. All the registered candidates can download their admit cards from the official portal at csirhrdg.res.in.

The Joint CSIR-UGC NET exam is scheduled to be held on 19 June 2016 (Sunday) in two sessions: morning session (9.00AM-12.00 Noon) and afternoon session (2.00 PM-5.00 PM). No paper admit card will be sent by post; candidates are required to download it from the website. There will no duplicate admit card issued to the candidates at the examination center.

The applications for the Joint CSIR-UGC Test for Junior Research Fellowship And Eligibility for Lectureship was invited through an advertisement (10-2(5)/2016(i) – E.U.II) released on 05 February 2016. Applications were invited from eligible candidates till 01 March 2016.

CSIR conducts the Joint CSIR-UGC Test, twice a year, for determining the eligibility of the Indian National candidates for the award of Junior Research Fellowships (JRF) NET and for determining eligibility for appointment of Lecturers (NET) in certain subject areas falling under the faculty of Science & Technology. The award of

The final result of the Joint CSIR-UGC test will be declared in the month of September/ October 2016 and all the fellowships awarded, thereafter will be effective from 01 January 2017 with a validity of 02 years.

The question paper will comprise of three parts, (A, B & C):

Part ‘A’: It will be common to all subjects. This part will contain questions pertaining to General Aptitude with emphasis on logical reasoning, graphical analysis, analytical and numerical ability, quantitative comparison, series formation, puzzles etc.

Part ‘B’: It will contain subject-related conventional Multiple Choice questions (MCQs), generally covering the topics given in the syllabus. 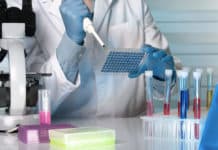