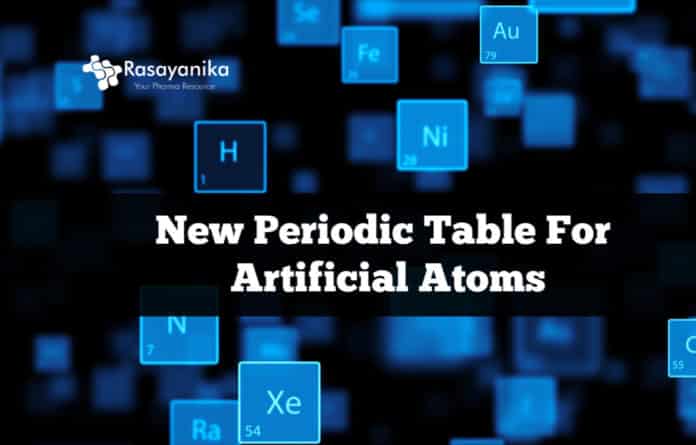 The periodic table, first created by Russian professor Dmitri Mendeleev in 1869 has been a permanent fixture of understanding chemical elements and their properties.

At that time, the scientists arranged the 63 elements then known to them according to their atomic weight values which presented a clear periodicity of properties, having spaces on the chart for elements further discovered. The periodic table consists of 118 elements today.

150 years later, now a team of researchers at the Hebrew University of Jerusalem’s Institute of Chemistry and Center for Nanoscience and Nanotechnology, by led Professor Uri Banin reinvented the concept of the periodic table, but it was for artificial atoms.

Prof. Uri Banin says, “In contrast to what we know from atoms, now we can combine different quantum dots or artificial atoms, to form structures similar to molecules. He explained that, as an analogy, they are using this periodic table concept. A variety of possibilities emerge from this concept.”

A method that enables quantum dots to combine together and form new molecular-like structures was developed by the nanoscience research team.

Hebrew University explained in a statement,” Nano-sized chunks of crystals are called quantum dots, each of these contains hundreds to thousands of semiconductors atoms. They look like dots when viewed through an electron microscope. When such artificial atoms are combined together with real atoms, they create a new artificial molecule having unique characteristics and properties.”

As these molecules do not form a part of the 150 million original molecules being created through the combination of atoms from the 118 known elements in Mendeleev’s Periodic Table, these molecules are called artificial.

Fascinatingly, the quantum dot atoms change their electronic, physical and optical properties when their size changes, these atoms are mercurial.

Banin, along with his team formulated a method by which researchers have a chance to create new quantum dot molecules while still having control over their composition and size.

Scientists have understood the physical properties that makeup quantum dots, in a better way over the last few decades. They have also learned how their levels of control can be manipulated. With this periodic table concept, more about these artificial atoms can be discovered.

Today, for bio-tracking and bio-imaging, quantum dots are made use. By tracking and following biomolecules and the cells tagged with quantum dots, these ultra-small tags are used in studying biological objects. These dots are also used in solar energy, in sensing applications to identify or measure the presence of other molecules.

Banin said, ” the quantum dots are used in the technological sphere which has an impact in flat panel displays including TV screens. They enrich the quality of the color at the same time it saves energy, hence we may be able to see much richer colors as we have the ability to control quantum dots.”

He concluded saying, ” We can only imagine the exciting possibilities considering the wide selection of composition and size among colloidal quantum dots for creating a selection of artificial molecules with great potential applications in many sensing and quantum technologies, opto-electronic applications.”

Openings for the post of Product Specialist – Critical Care –... 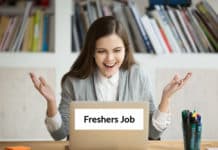