Shares of the Mumbai based company rose as much as 5.4percent to a 9-week high after the Sun’s announcement.

And as per the licensing agreement, Sun Pharma will be responsible for the development, regulatory filings & manufacturing of the drugs, while AstraZeneca will promote & distribute the products in China, according to a filing to the Indian stock exchanges.

Sun pharma did not name the drugs covered under this agreement, which comes after the Chinese President, Xi Jinping, last month welcomed Indian investments in the pharma and textile industries.

Cancer has been on the rise in China mainly driven by air pollution and high rates of smoking. Water pollution & the excessive use of chemical fertilizers and pesticides have also been blamed for an increase in the cancer rates in rural areas.

Financial terms of this new agreement, which has an initial tenure of ten years, were not disclosed.

Editor’s Note: AstraZeneca Distributes Sun-Pharma drugs in China. Britain’s AstraZeneca would distribute some of the sun pharma cancer treatment drugs in China, Shares of the Mumbai based company rose as much as 5.4percent to a 9-week high after the Sun’s announcement. 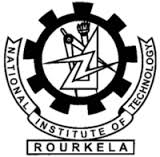 JRF at National Institute of Technology, Rourkela in Chemistry department