Researchers have created what they called an “impossible” compound which they claim seems to defy the rules of chemistry.

A group of scientists from the US, Russia, and China created the compound known as CeH9 or cerium super hydride, which exhibits a quality known as superconductivity.

Superconductive materials are capable of conducting an electric current without any resistance. This makes them perfectly efficient at retaining the energy passing through them without any energy loss.

CeH9 was synthesized when the scientists placed a microscopic sample of the metal cerium into a diamond anvil cell- a device made of two flat diamonds which is used to squash material with enormous pressures.

The cerium was compressed alongside a chemical that releases hydrogen when heated with a laser. The researchers found that as the pressure in the diamond anvil grew, the cerium hydrides were bonding with more hydrogen atoms.

This meant the cerium atoms were becoming encased by more hydrogen atoms. Finally, the researchers found that the CeH9 was forming a crystal lattice in which cages of 29 hydrogen atoms contained the cerium.

Dr. Ivan Kruglov, a researcher at MIPT and Dukhov Research Institute of Automatics, cerium super hydride only becomes superconductive once cooled to minus 200 degrees Celsius. In contrast, the CeH9 is stable at a pressure of 1 million atmospheres.

Dr. Kruglov added that this pressure was significantly less than what the previously synthesized sulfur and lanthanum superhydrides require. Though he highlighted that super uranium hydride is stable at an even lower pressure, but needs considerably more cooling. 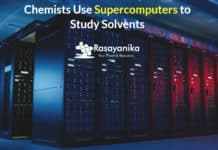 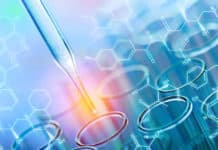 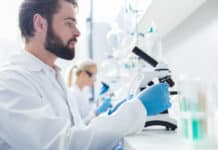