Shire plc submitted a New Drug Application (NDA) to the U.S. Food and Drug Administration (FDA) for a new, alternate formulation of Vyvanse® (lisdexamfetamine dimesylate) as a chewable tablet for patients who may have difficulty swallowing or opening a capsule. Vyvanse capsules can be swallowed whole or consumed by opening and mixing the entire contents into water, orange juice or yogurt. Vyvanse chewable tablets will offer an additional administration option for patients.

The Vyvanse chewable tablet has not been approved in any country. The tablet would be administered orally, once daily in the morning. Patients must follow the full instructions outlined in the Medication Guide for taking Vyvanse. 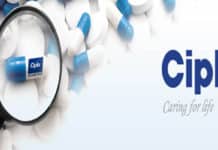