Researchers have discovered a catalyst that performs highly selective conversion of the greenhouse gas carbon dioxide into ethylene — an important source material for the chemical industry. In the journal Nature Communications, a team headed by Prof Dr Beatriz Roldan Cuenya from Ruhr-Universität Bochum describes how plasma-treated copper can be used for this purpose.

Catalysts traditionally used for the electrochemical conversion of carbon dioxide into useful chemicals were not efficient enough. The reason: the materials do not have high selectivity; they produce a little ethylene and too many unwanted side products. This has now been changed.

PhD student Hemma Mistry from the Institute for Experimental Physics IV in Bochum used copper films treated with oxygen or hydrogen plasmas as catalysts. Through these plasma treatments, she altered the properties of the copper surface, rendering it rougher or less rough, for example, and oxidizing the material. The researcher varied the plasma parameters systematically until she hit on the optimal surface properties.

Her best catalyst boasts a higher ethylene production rate than traditional copper catalysts. At the same time, it acts in a highly selective manner, which means that the amount of unwanted side products is considerable reduced

The researchers also identified the reason why this form of plasma treatment has been successful. Using synchrotron radiation, they analysed the copper film’s chemical state during the catalysis of the reaction. Through these measurements, they detected the cause of the higher ethylene selectivity. The key component was positively charged copper ions at the catalyst surface.

It had been assumed that copper can only exist in its metallic form under reaction conditions. The researchers’ discovery has now disproved this assumption, and their findings were confirmed by additional microscopic analysis. “The results open up new possibilities for designing catalysts on the nanoscale with specific activity and selectivity,” says Beatriz Roldan Cuenya. 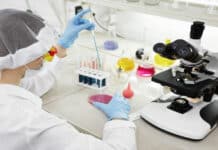 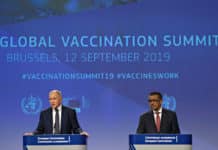